The new NorthWest Shopping Centre is set to create up to 700 job opportunities for the region.

For more than a decade councillors have been pushing for the development of the north-west area.

The $155 million shopping centre in Westgate, whichhas 100 retail stores and spans the equivalent of four rugby fields, will open in October.

“The site has employed more than 250 construction workers since development began last year and now retail jobs will follow,” he says.

Auckland’s Deputy Mayor and former Waitakere City councillor Penny Hulse has been involved with the development of the north-west area for more than 10 years.

“As a council we in Waitakere were dismayed that around 70 per cent of West Aucklanders had to go outside the area to work.

“That was the main driver in our decision to create a new regional town centre at Westgate,” Hulse says.

“To see that vision taking place and all these local jobs on offer is exciting and incredibly good news for the west.”

Councillor for Waitakere Linda Cooper says she can’t see anything but positives coming from the new Westgate Town Centre development.

The Eastern Bay of Plenty to create long-term employment opportunities 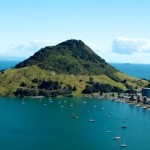 Creating permanent jobs in the Eastern Bay of Plenty for local residents is no easy task.

Agriculture, horticulture and forestry are the dominant industries but technology and innovation is helping these sectors become more productive while requiring less physical labour.

The Eastern Bay of Plenty Regional Economic Development Trust (which is known as Toi-EDA), is working hard to overcome this challenge and create long-term employment opportunities in Kawerau, Opotiki and Whakatane.

Trust Chairman John Galbraith says the Eastern Bay is “unfortunately one of the most deprived areas in the country across a range of socio-economic factors.” But the region has great potential given its location, climate, strong Maori asset base and availability of land.

Aquaculture, tourism and kiwifruit are regarded as “job rich” industries which Toi-EDA is focusing on.

The Trust works closely with the Bay of Plenty’s wider economic development agency (Bay of Connections) to investigate and implement strategies that will boost long-term job prospects across a range of industries.

John says the ongoing development of a mussel farm off the coast of Opotiki is forecast to generate over 300 jobs by the time it’s fully operational in 2025. And the kiwifruit industry’s future also looks bright – with rapid expansion predicted over the next decade.

To view full story you can by following this link.

A new training programme for workers in the fishing industry is providing permanent employment opportunities for Hawke’s Bay locals. “Ara Ika” is filling the void of skilled fishing workers which has seen a decline over the last few years.

Van Dillen of Hawke’s Bay Seafoods says, “One of the ways we could do that was working with these guys, with these young guys that don’t have work and maybe they will make good crew.” Ara Ika is a training programme established to increase skilled fishermen in the Hawke’s Bay area.  But Hunuhunu says it’s not all fun and games, saying, “As soon as we got out there I started to get sea sick and spent a day in bed, after that I was alright.”

#it18nz conference: the only IT Recruitment and Talent Management event in Aotearoa / New Zealand

Some of the most innovative technology companies, large corporations, new start-ups, research houses, professional associations will speak at the event. Speakers will offer a wide range of perspectives and stories. Subjects will range from hiring top technical talent to building great workplaces for IT professionals. Agenda includes exploring the latest trends in attracting, hiring and managing technology professionals in NZ. IT18 is a must-attend event for those who manage or hire IT professionals.

You can also click here to see the great line up of speakers. 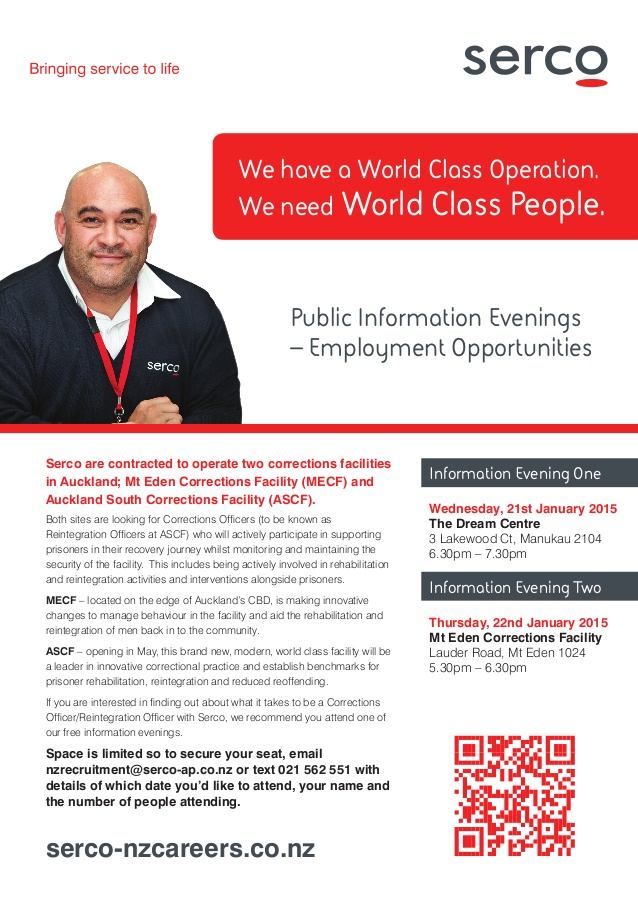 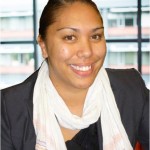 SKYCITY Auckland is one of five locations owned by SKYCITY Entertainment Group, a leading entertainment business in New Zealand and Australia employing over 6,000 people.  In Auckland alone, there are more than 3,200 people working across the casino, two luxury hotels, 22 award-winning restaurants and bars, New Zealand’s largest convention centre and the iconic Sky Tower, as well as those working behind the scenes in property services and corporate.

It’s a very diverse team made up of over 70 different cultures, which makes for a welcoming, fun, inclusive work environment. As such a large employer, it means there are lots of opportunities for people to prove their capability and advance their careers.  In fact, almost 40% of all advertised jobs are filled by existing employees.

Reremoana (aka Ray) started her career at SKYCITY Auckland in 2006 as a waiter at the Convention Centre. “I found the waiter job through WINZ actually and, looking back, it was exactly the foot in the door I was looking for.”

Of Ngāti Whātua and Ngāpuhi descent, Ray attributes her success at SKYCITY to having the right attitude and going the extra mile.  “I think that’s what’s helped me advance over the past eight years.  I worked on the Conventions Business Service Desk, was a Banquets Supervisor and Conventions Administrator before moving into my current role, organising events at the Convention Centre and other Auckland venues.”

“I like how dynamic my working environment is; there’s always lots to do or think about when planning an event. I work closely with my client to ensure their ideas are passed onto my team so we can meet or exceed expectations.  It’s exhilarating being a part of a team who pulls off a great event for the client.”

“The thing I like most about SKYCITY, aside from the great team, is the range of career options.  I received the training and support to help me find my niche and I’ve been able to grow as a result.  I’d recommend SKYCITY to anyone.” 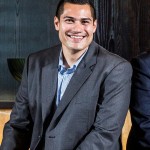 SKYCITY Auckland is one of five locations owned by SKYCITY Entertainment Group, a leading entertainment business in New Zealand and Australia employing over 6,000 people.  In Auckland alone, there are more than 3,200 people working across the casino, two luxury hotels, 22 award-winning restaurants and bars, New Zealand’s largest convention centre and the iconic Sky Tower, as well as those working behind the scenes in property services and corporate.

It’s a very diverse team made up of over 70 different cultures, which makes for a welcoming, fun, inclusive work environment. As such a large employer, it means there are lots of opportunities for people to prove their capability and advance their careers.  In fact, almost 40% of all advertised jobs are filled by existing employees.

As part of the Marketing team, Adrian develops campaigns and promotions that attract visitors to SKYCITY Auckland.  “It’s a really busy environment with so much to offer our customers.  My role’s a lot of fun and I’m fortunate to work with a collaborative team who’re energetic, enthusiastic and passionate about what they do.”

Originally from Invercargill, and of Ngāi Tahu descent, Adrian completed high school and worked in hospitality for a year before deciding a business degree would help his career prospects.  “I didn’t receive much career guidance at school and it wasn’t until I attended a university open day that I discovered marketing.  Four years later, I graduated from Otago University with a Bachelor of Commerce in Marketing & Management.”

In 2012, after 18 months working in sales in Australia, Adrian returned to New Zealand to work at SKYCITY as a Marketing Coordinator.  Two promotions later, he’s now a Campaign Manager.

“My long term goal is the top job: General Manager of Marketing.  SKYCITY is growing and constantly changing, which can be a little unsettling for some but I enjoy it; it makes my job more interesting and challenging, and gives me opportunities to learn and progress my career.”

The SkillMe consortium led by Waiariki Institute of Technology in partnership with Te Taumata o Ngāti Whakaue Iho Ake Trust, Te Whare Wānanga o Awanuiarangi and Taumarunui Community Kokiri Trust, has been set up to get more young Māori and Pasifika into apprenticeships and employment.

“With our economy growing strongly there is a real need for skilled trades people, particularly with the demand for new housing in Auckland and with the Christchurch rebuild,” Mr Joyce says.

“Māori and Pasifika Trades Training is about getting young people successfully through trades training and into apprenticeships and stable employment while meeting the skills needs of regional employers.”

Carpentry students of the SkillME Māori and Pasifika Trades Training initiative (Rotorua) will gain real life experience by building a house from the ground up under the watchful eye of tutors and local builders. Students will complete a year-long Certificate in Carpentry and look to gain employment and potentially an apprenticeship in carpentry.

“The Government is committed to using our growing economy to raise the standard of living for all New Zealanders. The SkillME course offers a pathway into sustainable employment that will benefit young, local Māori and Pacific men and women, and their whānau, right through their working lives,” Mr Joyce says.

“I am also impressed that the course will result in a completed house being sold for charity.”

The SkillMe consortium is one of twelve around the country delivering the Government’s $43 million Māori and Pasifika Trades Training initiative which will provide 3000 places by 2015. Consortia are operating in Northland, Auckland, Waikato, Rotorua, the East Coast, Hawkes Bay, Greater Wellington and Canterbury.

The initiative brings together tertiary education providers, Māori and/or Pasifika organisations and employers. Their role is to ensure training is aligned to the needs of employers and learners, and leverages the knowledge and networks of Māori, Pasifika and other community groups to recruit and support learners. 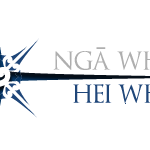 Te Pūtea Whakatupu Trust is proud to convene its fourth annual Ngā Whetū Hei Whai – Charting Pathways for Māori Industry Futures Conference on the 25th-26th August 2014 at the Claudelands Exhibition Centre Hamilton. We have a stunning lineup of recognised business and iwi leaders both nationally and internationally joining us at the conference and open the lens and discussion on the navigational path to guide us in the Māori Economy.

This year our presiding Māori Business Leader is Mr Waka Vercoe, a humble and courageous business leader committed to his people of Ngāti Awa and the wider Māori economy. He will share with us his amazing journey in economic and social wealth creation for his people and his continued commitment to Māori development. The conference theme is Charting Pathways for Māori Industry Futures with a key objective of connecting Māori business leaders and aspirational leaders in our economy today.

View the programme and speakers profile to find out more about the conference and register to attend today.

Where are all the Māori educators?